skip to main | skip to sidebar

First it was Cenk Uygur, and today a special report on MSNBC makes the FALSE CLAIM that there were no "deaths or long-term health effects connected to the accident." But they never mentioned studies by the Radiation and Public Health Project, including a "new analysis of health statistics in the region  found that death rates for infants, children, and the elderly soared in the first two years after the Three Mile Island accident in Dauphin and surrounding counties." (This directly contradicts what Big Eddie reported — see his "Takedown" below. I guess Big Eddie didn't get the memo from The MAN ...)

I e-mailed Cenk this information, so whose agenda are he and his superiors pushing at MSNBC — could it have anything to do with the fact that former NBC majority owner General Electric has designed Japan's stricken reactors and many of the reactors in operation in the U.S. today? For the MSNBC research hounds (did you find this, then it mysteriously disappeared from the final report, or what they gave Cenk to read?) here's the information contradicting your broadcast LIES about Three Mile Island:

Harrisburg, November 14, 2005 – A study of baby teeth measuring levels of Strontium-90, a radioactive chemical found only in nuclear weapons and reactors, has begun near the Three Mile Island nuclear plant.

The study is the first to analyze radioactivity in bodies of persons living near U.S. nuclear plants. The Radiation and Public Health Project (RPHP) research group announced it is seeking donations of baby teeth at a press conference today in Harrisburg.

“This project will accomplish two goals,” said Joseph Mangano RPHP National Coordinator. “For the first time, we can understand how much radioactivity Three Mile Island has added to people’s bodies. And we can also determine if it is contributing to high local cancer rates.” Effects of both the 1979 accident at Three Mile Island’s unit 2, and ongoing operations at unit 1, will be explored.

Infants and children living in Dauphin County, where Three Mile Island is located, have high rates of disease and death, specifically:
RPHP began conducting the baby tooth study in 1998. It has tested over 4,500 teeth, mostly from areas near seven U.S. nuclear plants, and has published results in four medical journals. Strontium-90 levels have been consistently found to be highest near nuclear plants, and have risen sharply since the late 1980s. The chemical is released from nuclear reactors and enters the body through breathing, drinking, and eating. It attaches to bone and teeth, where it damages cells, and is most harmful to the infant and fetus.

Welcome to the world of crony capitalism as practiced by allegedly "liberal" MSNBC. Please note, boys and girls, that the nuclear technology for those stricken nuclear plants in Japan is from General Electric, with more in the pipeline. The stakes are significant, to say the least,  for GE which still owns 49% of NBC. I love Rachel, but she and her liberal colleagues are swimming in a shark's tank.
Posted by Carlos at Wednesday, March 16, 2011

Thank you for posting this. It drove me batty watching that whitewash

This is a dishonest article. The headline screams "MSNBC LIES!" The Fox News psychophants hop on and with all their cliches about "people still watch MSNBC? Har-har chortle-chortle." Others hop in with the predictable, inane, (and in this case, misplaced) "Mr. Maddow" comments. Giggle-giggle, ha-ha.

If you READ THE ARTICLE, the writer does mention that Ed Schultz contradicts what Cenk reported, that nobody was killed at Three Mile Island, in his "Takedown" segment (from March 15th). Ed Schultz happens to also be on MSNBC. The author of this article tells the reader to see that "Takedown" below. No link to the video is provided. He glibly surmises that "Big Eddie must not have gotten the memo from The MAN." Snicker-snicker-yuk-yuk.

In this 'Takedown' segment, Big Eddie takes down Glenn Beck, for LIEING ABOUT THREE MILE ISLAND!!!! It's right there, in the video; savior of the universe Beck, lieing, stating, very dramatically, that ZERO people died at Three Mile Island.

This headline should read: "Glenn Beck of Fox lies! Cenk of MSNBC lies too! Ed Schultz of MSNBC sets the record straight!"

Well, as long as someone set the record straight, might as well be Big Eddie.

harvey wasserman's been all over this for years. his writings are all over the net, and he even got some tee vee time during the glory days of fukushima coverage. happy 3 mile island day. 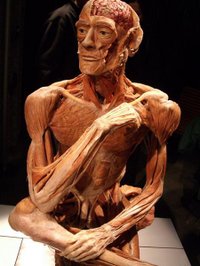 So far of you have sat, and perhaps thought, with us!